Posted on August 11, 2012 by DrRossH in Plastic Limiting Regulations 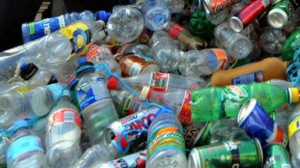 What we need to recycle

The Boomerang Alliance has accused Coca-Cola Amatil, Schweppes and Lion Nathan of taking advantage of recycling laws by overcharging consumers for the cost of container deposit schemes, a claim the firms who are represented by the Australian Food and Grocery Council (AFGC) have denied.

Angel (of BA) estimates the total profits being made by the big three will get to around $30 million by the end of 2012 in both SA and the NT, with most of the profiteering coming from the NT due to lower recycling rates at 45%, compared to an 80% recycling rate in SA.

Environment Ministers will meet on August 24 to consider three options, including a national CDS, to increase recycling rates and reduce litter nationally or to delay the final decision even further.

Given the lack of net leadership by the government with bipartisan infighting by Liberal state goverments against the Labour federal government motions, we can only guess what the result on the 24th will be. Not too much action.

There are no responses to "$30M in CDS profiteering going to beverage retailers – Australia". Comments are closed for this post.