Posted on June 12, 2012 by DrRossH in Plastic Limiting Regulations 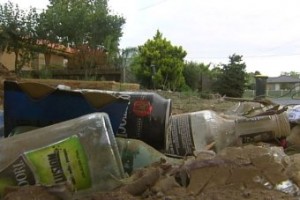 Containers being recovered instead of littered

The Northern Territory Government says its first report on the cash for containers scheme is showing exponential growth in the number of containers being deposited.

It says eight million containers have been collected around the Territory and almost one million dollars has been claimed in return.

There are no responses to "Cash for containers scheme gathers strength Australia". Comments are closed for this post.