Posted on February 19, 2017 by DrRossH in Plastic Limiting Regulations 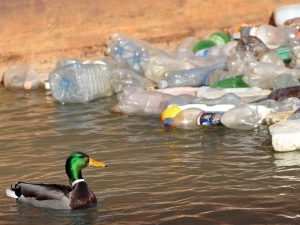 The Government is considering bringing in additional charges for buying plastic bottles in a bid to tackle the quantity of waste taking up space in landfill sites and polluting the sea. Customers buying liquids in plastic containers would have to pay an extra 10p or 20p for each bottle they buy, which would be refundable upon returning the bottle. The deposit return scheme has already been trialled in Scotland, and similar schemes already exist in Europe, Canada and the US.

Since the introduction of a 5p charge for plastic bags in Britain, researchers believe there is a “window of opportunity” to implement further measures to help reduce plastic waste.

She surveyed people across Britain one month before the 5p plastic bag charge was introduced, and again one month afterwards, and then again six months after.

This would be so good for the environment and for all the jobs it would create. Plus for all the civic groups and schools that would go back to doing bottle drives to raise funds.  If the Scouts in one state in Australia can raise $9m in a year, imagine what could happen in the UK?

There are no responses to "Government considering taxing plastic bottles – UK". Comments are closed for this post.