Posted on September 2, 2015 by DrRossH in Plastic & Wildlife 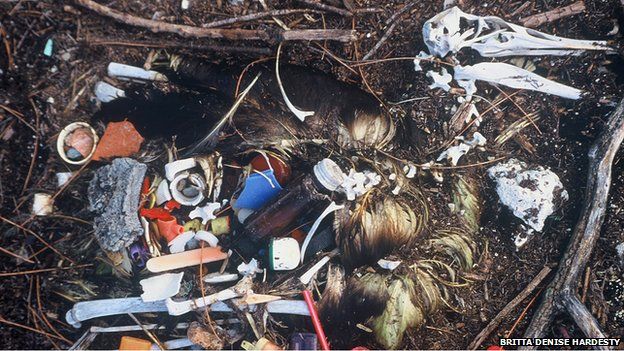 Back in 1960, the data showed that maybe fewer than 5% of birds would be found with waste fragments in their stomach.

Today, this figure is roughly 90%. And, on current trends, by 2050, the team predicts that plastic ingestion will touch 99% of the world’s seabird species, with nearly every individual affected.

“Every ocean is now filled with plastic. Some have more than others, but what we found is that even the oceans that are not known for their plastic – they still have quite a bit of plastic and they can be where the harm is really done just because that’s where all the birds live.”

There are no responses to "Seabirds ‘blighted by plastic waste’". Comments are closed for this post.