Across the planet, the plastic bag abounds – Canada

Posted on May 24, 2012 by DrRossH in Plastic Limiting Regulations 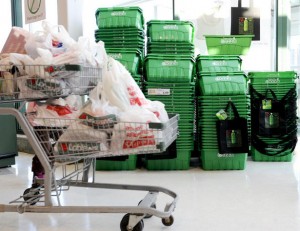 Across the planet, the plastic bag abounds – The Globe and Mail.

Toronto imposed a 5 cent plastic bag fee in 2008 and approximately $5.4 million was collected by the retailers.  The retailers were free to keep the funds or donate part of them to any charity.   The subsequent drop in bag consumption was considerable as was the plastic bag litter.

Now the Toronto Mayor wants to drop the fee and go back to the old ways of millions of plastic bags polluting the environment and clogging landfills.   This is such a retrograde proposale one would have to ask what was the driving force behind it?

The members of the council are not behind it and are opposing their own mayor.

There are no responses to "Across the planet, the plastic bag abounds – Canada". Comments are closed for this post.