Posted on November 14, 2016 by DrRossH in Balloons

Two months ago, authorities banned balloon vendors from tourist-dense areas of Phnom Penh like the riverside, the Royal Palace and Independence Monument, saying the vendors’ gas tanks could trigger explosions, stampedes and acts of terrorism. But for vendors who ply Sihanouk Boulevard, the prohibition has amounted to little more than a cat-and-mouse game with authorities.

“When they kick me out, I just wait and come back” 10 to 15 minutes later, the 29-year-old said. “They told me it’s a prohibited place, a tourist place…. They told me that I was too close to the prime minister’s house and [the tanks] might explode.”

The concern may not be unfounded. A global shortage in helium—the inert, noncombustible gas widely used to fill balloons—has resulted in some vendors turning to the far more inflammable hydrogen gas.

Not an environmental reason to ban the balloons but a security reason! 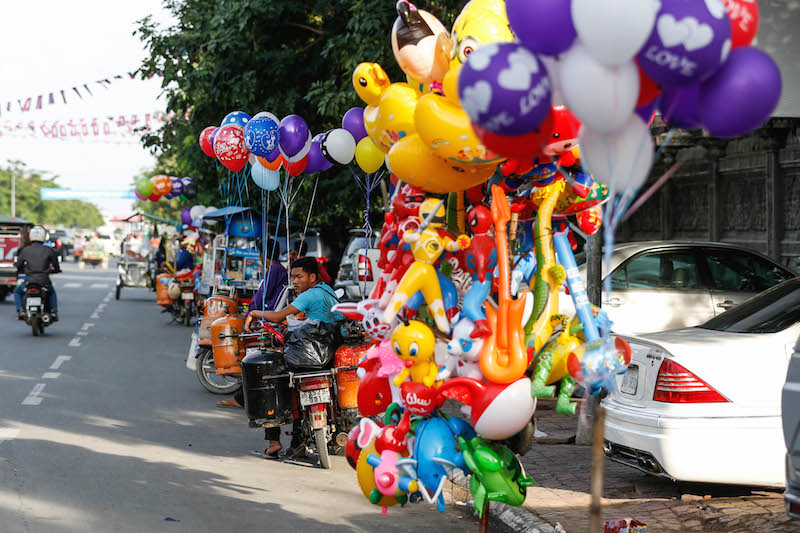 There are no responses to "Balloon Crackdown Doesn’t Last Very Long, Vendors Say – The Cambodia Daily". Comments are closed for this post.