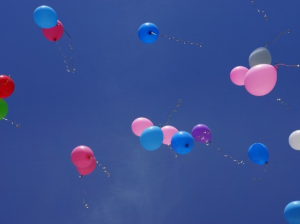 Claire runs a group called Rame Peninsula Beach Care, and said: “Balloons, off they go into the sky and you don’t really think that they are going to come down, but they have to come down somewhere else.

“It’s a form of littering, it’s not classed as littering which is very peculiar, if I took a packet of balloons and opened it and spilled it in the sea everyone would be outraged and that would be an offence.”

A number of other local authorities have also brought in bans including Oxford and Portsmouth.

There are no responses to "Balloon releases banned in Cornwall Public Areas – UK". Comments are closed for this post.