Posted on February 27, 2014 by DrRossH in Plastic Limiting Regulations 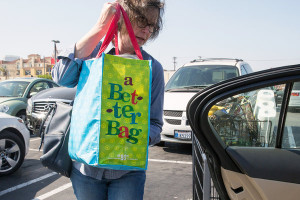 Since 2007, plastic shopping bags have been banned in nearly 100 municipalities in the state, including Los Angeles, which at the start of this year became the largest city in the country to enforce such a ban. Paper bags, which are biodegradable and easier to recycle, are often available for a small fee.

Hopefully with CA going to pass this statewide ban, then other states will soon follow.  The company Hilex Poly can move to making reusable bags or spend all their money trying to keep an old dinosaur alive, then wonder what happened.

There are no responses to "California Endangered Species: Plastic Bags". Comments are closed for this post.