Drowning in Plastic: The Impact of Single-Use Plastic 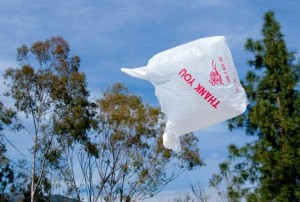 So how many plastic bags do we actually use?

A common estimate for the number of plastic bags consumed each year is 500 billion, although many environmentalist organizations claim that the number is closer to 1 trillion. These estimates would require 60 to 100 million barrels of oil per year to produce.

According to the Wall Street Journal, the United States goes through roughly 100 billion plastic grocery bags every year.

Once in the ocean or landfills a plastic bag will take 400 to 1,000 years to degrade, and no more than 5% of the bags are ever recycled.

There are no responses to "Drowning in Plastic: The Impact of Single-Use Plastic". Comments are closed for this post.