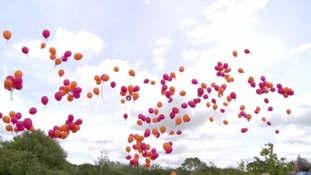 Environmental groups are calling for a total ban on the release of balloons and Chinese lanterns, arguing that they are a danger to wildlife.The National Farmers’ Union, the RSPCA and the Marine Conservation Society are all in favour of a nationwide ban.They say the amount of litter on UK beaches from balloons and lanterns has nearly doubled in a decade.

There are no responses to "Environmental groups call for total ban on releasing balloons and Chinese lanterns". Comments are closed for this post.