Posted on January 14, 2018 by DrRossH in Landfills and Disposal 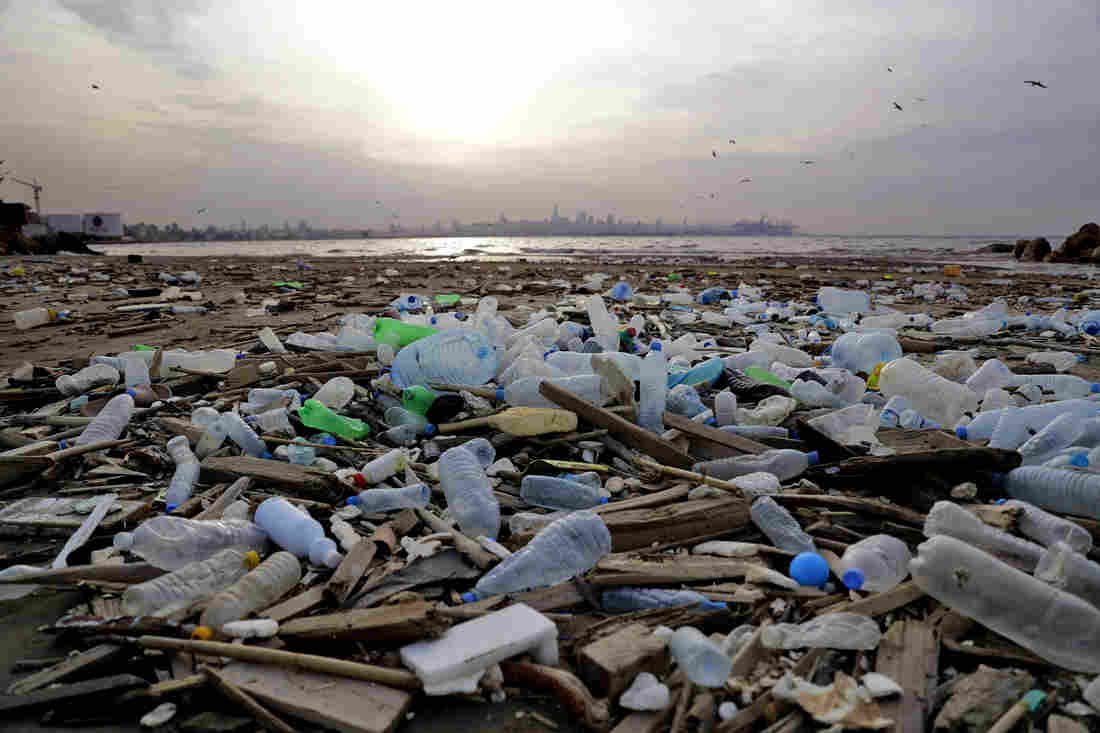 A land reclamation project that uses vast amounts of garbage extends hundreds of feet into the sea. ‘We are fishing plastic,’ says a fisherman. The country has long struggled to manage its waste.

Lebanon is drowning in its own garbage. Beirut and its suburbs alone generate more than 3,000 tons of trash per day, according to government figures. Corruption, bad infrastructure and a weak government have all contributed to dysfunction when it comes to waste disposal. In 2015, the crisis became so severe that trash was left to rot for months on city streets. That sparked massive protests against the government.

Environmental activists believe this is also about building new land that could someday be lucrative to developers and the politicians who back them.Gebara doesn’t dispute this. Asked if this is about money more than trash, he replies: “Of course!”

Lebanon is a signatory to part of the Barcelona Convention, an agreement among Mediterranean countries to protect their sea. But the convention does not yet have a well-developed enforcement mechanism; in most cases, other countries intervene only when a government asks for help. Lebanon has not asked for help in this case since its own government is backing the project.

Politics are another factor. Some diplomats, who asked not to be identified as they are discussing a sensitive matter, say Lebanon’s refugee crisis may play a role in other countries’ reluctance to get involved in helping to resolve the country’s garbage crisis.

Lebanon hosts more than a million refugees from nearby Syria. Many European governments fear more refugees could try to enter Europe, should the Lebanese government stop allowing them to remain in Lebanon.

There are no responses to "Environmentalists Warn Of Mediterranean Pollution From Lebanon Land Reclamation". Comments are closed for this post.