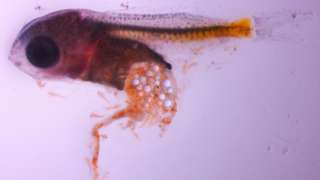 In the study, the researchers link the decline of species such as perch and pike, observed in the Baltic Sea over the past two decades, to increased deaths at the juvenile stage. They argue that if plastics are impacting young fish across species, it could have “profound effects” on ecosystems.

There are no responses to "Fish eat plastic like teens eat fast food, researchers say – UK". Comments are closed for this post.