Posted on May 29, 2013 by DrRossH in Plastic Limiting Regulations 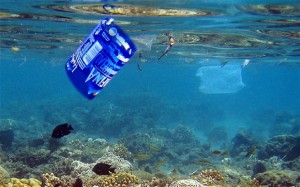 Italy introduced the ban on shops supplying the bags in 2011 as studies showed that 73 percent of the human waste settling on the sea bed off the Italian coast was plastic bags.

One would wonder why the UK would oppose such a simple ban on an item that is not needed.  A survey said that approx 12 month after Italy banned the the bags, that the general public when a poll was taken, said hey did not what the bags back again.   This shows that once people get used to a reusable bag at the store they don’t want to go back to these environmentally damaging plastic bags.

There are no responses to "Italy furious as British block ban on plastic bags". Comments are closed for this post.