Microplastics in the ocean are moving up the food chain 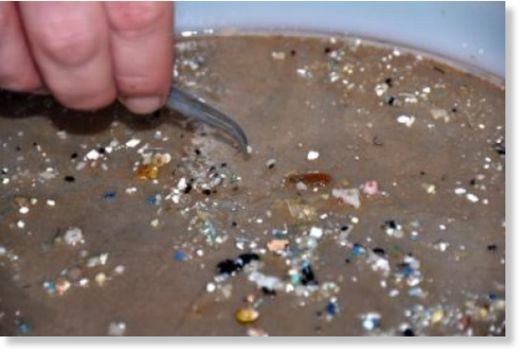 Study: Microplastics in the ocean are moving up the food chain — Earth Changes — Sott.net.

Plastic fibres and particles in West Coast waters are being consumed and passed up the food chain by tiny marine creatures that apparently mistake them for food, according to a new study from the Vancouver Aquarium Marine Science Centre.

Researcher Peter Ross and his colleagues found plastic litter in the digestive systems of two key species of plankton that are eaten in large numbers by salmon and baleen whales.

There are no responses to "Microplastics in the ocean are moving up the food chain". Comments are closed for this post.