Posted on February 16, 2015 by DrRossH in Plastic Waste News

New Zealand, one of 192 countries examined, generated about 3.68kg of waste per person each day – a rate much 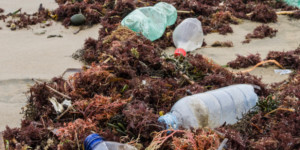 higher than the vast amount of nations studied.

Nationally, this added up to about 14,212,006kg of waste generated each day, according to the study authors, of the University of Georgia’s National Center for Ecological Analysis and Synthesis.

NZ has performed a great job of promoting it self to the world as a green haven, have not yet destroyed by our over consumptive world.

The practices of the many locals does not support that at all. Their consumption of plastic especially disposable plastic items is appalling.  Being a small nation almost every thing is imported hence a  lot of cheap plastic items.  The Auck council for example makes people buy a big plastic bag to put their rubbish in every week.  That has a life of a few  hours then goes to the landfill.  Every house every week.  This is so far behind other countries nowadays.   The people need to wake up that they are destroying the very thing that brings a mass of tourism to their door.  Once a environment gets polluted with plastic it is very hard and expensive to clean it up, if it can even be cleaned up.  The longer the plastic is in the environment, the more it fragments to microplastics and then it is almost impossible to clean up.

Simple initiatives like a drink bottle deposit scheme, a plastic bag ban or a 10 cent fee per bag, banning plastic straws and replacing them with paper straws, not using plastic cups for eat in customers and such will reduce plastic waste by over 50% and the consumers won’t even really know much of a difference.

There are no responses to "More than 25,000kg of plastic littered in NZ daily – New Zealand". Comments are closed for this post.