Posted on September 11, 2017 by DrRossH in Plastic Limiting Regulations

A Sunshine Coast supermarket bans all plastic bags almost a year earlier than the official Queensland Government ban in July next year. 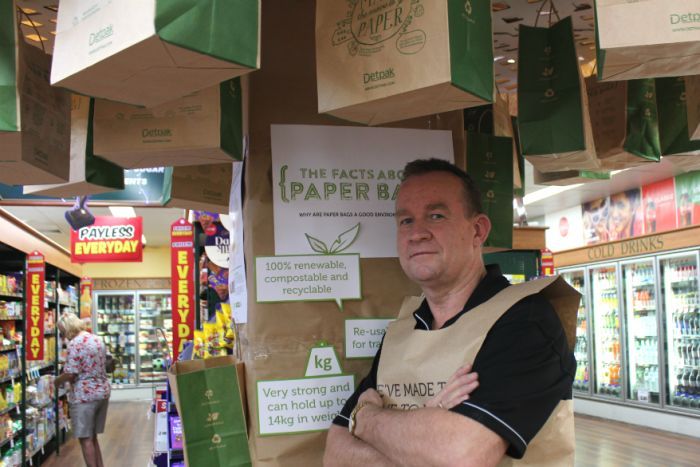 A Sunshine Coast supermarket has banned all plastic bags nearly a year earlier than the official Queensland Government ban in July next year.

A bill passed in State Parliament this week means that, from July 2018, single-use plastic bags will be banned across Queensland stores.

Lynda who’s been in Germany for a couple of months praised the move.

“In Germany you have to take your own bags to the supermarket so everyone carries calico bags.”

“I’m a turtle volunteer and one of the big problems is plastic in the ocean, so I’m very much in favour,” she said.

Retail worker Amelia said as an 18-year-old she felt humbled for what it will mean for future generations.

“It definitely should’ve been done a long time ago within lots of shops, and it’s good that it’s finally happening,” she said.

There are no responses to "Sunshine Coast store bans plastic bags – Australia". Comments are closed for this post.