The plastic bag ban is not going to kill us. Here’s why Andrew Bolt is so wrong – Australia

Posted on December 9, 2018 by DrRossH in General

According to the columnist we are deluded if we think banning single-use bags is a good idea. These are the facts

Source: The plastic bag ban is not going to kill us. Here’s why Andrew Bolt is so wrong | Gay Alcorn

We are far from perfect (I bought a takeaway coffee in a disposable cup the other day – the guilt!), but once you start, you see plastic everywhere. The use of plastic has been widespread since the 1950s and it is a wonderful product. But its ubiquity, especially single-use plastic, has a high price: the litter of shopping bags, takeaway containers, plastic bottles and straws. We pay millions to clean it up, and our oceans have become a plastic tip. 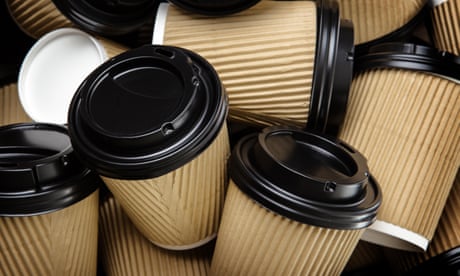 When you start thinking about plastic, you start thinking about waste, about a culture that has emerged only in the last couple of generations: tossing out food every week (which would have horrified my grandmother), the business of fast turnover clothes destined for landfill, how it’s cheaper to buy something new than repair. You see single-use plastic everywhere: a sole cucumber enclosed in plastic, a cupcake served in a stiff plastic container, recycled toilet paper packaged in plastic.

According to News Corp columnist Andrew Bolt (on whose Sky News show, the Bolt Report, I appear regularly), I am a deluded fool. Woolworths banned single-use plastic shopping bags a week ago, and Coles and IGA will do the same from 1 July. That’s more than 5bn bags a year to be phased out – bags that have to go somewhere, as they can take hundreds of years to decompose.

Another fine example showing how the right wing fanatics are wrong on most every account and are only trying to be shock jocks to get personal attention.  They think that is more important than looking after the earth for the millions of people yet to come.

There are no responses to "The plastic bag ban is not going to kill us. Here’s why Andrew Bolt is so wrong – Australia". Comments are closed for this post.