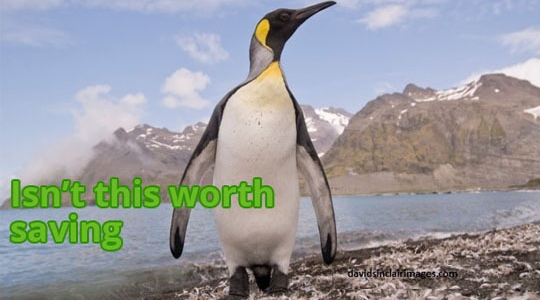 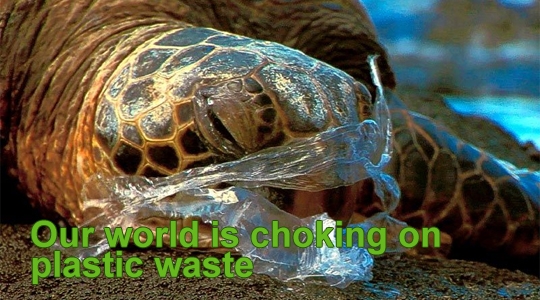 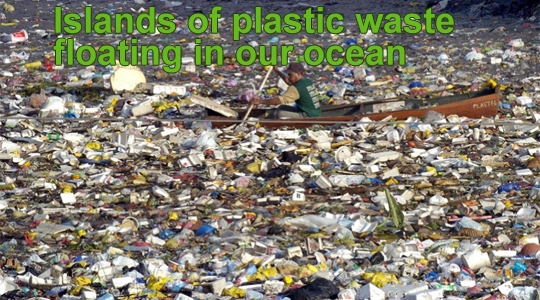 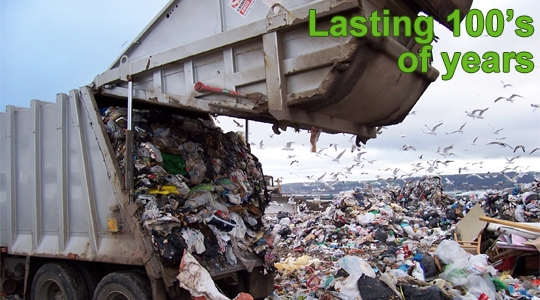 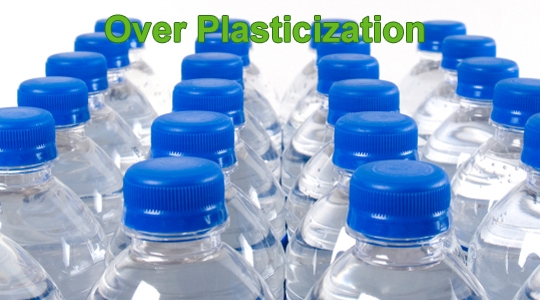 It lasts a long long time!

Every piece of plastic ever made and disposed to a landfill still exists. Why? Plastic is not a natural product therefore nature has no way to break it down, other than 100s to 1000’s of years of time.
More plastic was manufactured in the last 10 years than all of last century.

Where does it go? Where do we put 300 million tons of plastic every year that is specifically designed not to break down?

Over recent decades we have moved to a society of disposable plastic products. Plastic has a wonderful array of properties that have made it ideal for many of these applications. However the rate at which we are demanding these 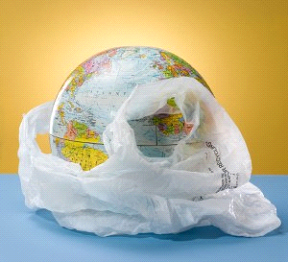 items is growing rapidly and is unsustainable. The total world plastic production in the first decade of this century has roughly equalled the total plastic production of the entire 20th century. However what has gone unnoticed by almost all of us is the disposal problem this has made and continues to make. We now have millions of tons of plastic to dispose of every year. 30 million tons in the USA, 5 million  tons in the UK and 1.5 million tons in Australia, let alone the rest of the world. Much of this plastic was manufactured for very short time use such as disposable products. They are used once for a few minutes then discarded. Some of it is recycled (7% in the USA and 19% in Australia); however, most of it is disposed to trash where it goes to landfills. There it will persist for many 100’s to 1000’s of years.

The list of over usage of plastic is enormous when we stop and take a look around. We use plastic everywhere. So much of it is just used once and then discarded.

Some common examples are:

We use plastic to our benefit, but there is a huge environmental cost to this. There are many websites describing and illustrating the damage this plastic is doing.

Some common areas are:

As reinforced on the recently popular USA CNBC documentary, Trash Inc, The Secret Life of Trash, the average consumer is led to believe that the plastic is gone once it is put into a bin. The trash industry hauls it away never to be seen again. That is where our problem really starts. What do we do with an item that was intentionally made to be almost indestructible and has very little worth?Our lives have become fully dependent on a product that we have no effective way to dispose of, until recently that is with the development of landfill biodegradable additives for plastics.