Ban on plastic bags is looming

Posted on October 8, 2018 by DrRossH in Plastic Limiting Regulations 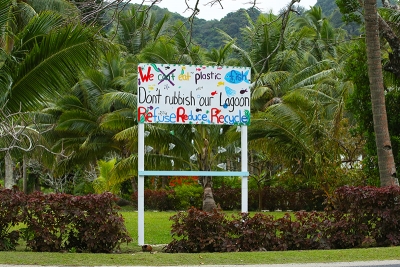 The government is likely to introduce a ban on single-use plastic bags in the Cook Islands.   Infrastructure minister Robert Tapaitau told Parliament…

“We also have a Cabinet submission which is involving ban of single use plastic bags. I know this topic have been around for a while and I have taken it upon myself to make the hard decision to go ahead with this. It might not be a popular one but this is the way to go,” Tapaitau said.

Environmental group, Te Ipukarea Society (TIS) was pleased with the announcement from the minister.

TIS project officer Liam Kokaua said the submission would be a great step forward in reducing waste and promoting guardianship of the island.

Meanwhile Tapaitau also told Parliament they were looking at imposing disposal fee for bringing items such as plastic bottles, cups and others.

He said there were plans in place to rehabilitate the current landfill and purchase of an incinerator in the next five to 10 years was also on the cards.

The islands are particularly vulnerable to the problems of disposal of plastic waste.  There the concept of the producer or importer of plastic items has to be involved to generate the necessary capital needed to properly dispose of their products.

There are no responses to "Ban on plastic bags is looming". Comments are closed for this post.