Fremantle bans plastic bags and imposes fines of up to $2,500 | Environment | theguardian.com

Posted on July 29, 2014 by DrRossH in Plastic Limiting Regulations

Fremantle bans plastic bags and imposes fines of up to $2,500 | Environment | theguardian.com.

The city of Fremantle will become the first local government in Australia to enforce a law to ban plastic bags.

Shop owners who ignore the laws will initially be fined $150; serial offenders could face a fine of up to $2,500.

The mayor of Fremantle, Brad Pettitt, said there was strong business and community support for outlawing plastic bags.

A great progressive step by a WA council in spite of Federal government opposition to this.  Not only does this show how out of touch the federal government in Australia is with the people it shows how a technical issues caused the removal of a 10 cent charge resulted in a total ban introduction.  Fremantle will be so much better off with this as will its native wildlife 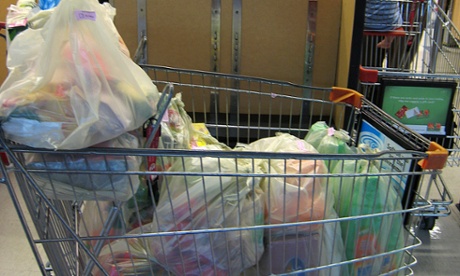 There are no responses to "Fremantle bans plastic bags and imposes fines of up to $2,500 | Environment | theguardian.com". Comments are closed for this post.