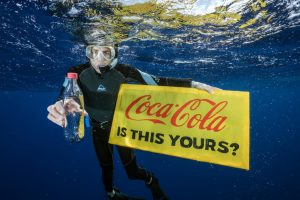 Greenpeace USA announced the news in a July 23 news release. It portrayed the departures as a victory in a year-long effort to stop plastics industry campaigns in favor of state laws that prevent cities and counties from passing restrictions on plastic and other kinds of packaging.

“Companies understand that they cannot publicly say they want to end plastic pollution, while financially supporting an association that lobbies for our continued reliance on throwaway plastics,” said John Hocevar, oceans campaign director for Greenpeace USA.

“Local communities should have the right to protect and preserve their environment without corporations interfering,” said Jan Dell, founder of the group The Last Beach Cleanup, in a comment made in the Greenpeace statement.

Greenpeace said the decision by the soft drink giants reflects a shift in public opinion.

This just shows how out of touch and money greedy the APBA members are.   They are wiling to face public out cry as long as the get to defend the polluting and dangerous plastic bag production.   Appalling people.

There are no responses to "Coke, Pepsi exit plastics association, Greenpeace claims victory – USA". Comments are closed for this post.